Now all of those who know me, know I am not always the biggest fan of Google.  That being said I do want to make one thing clear, {for the most part} I do believe that the things they do are not part of some evil conspiracy theory but simply the designs of a for profit company, trying to make as much profit as possible.

So now that has been said on to something I have been wanting to write about for some time – Google and it’s training of both users and advertisers (I will include SEO in here even if you get upset at me for that).  – Now before my SEO friends get upset at me for saying you are advertisers, understand that while “unpaid” (*wink wink*) you still are marketers and playing to the drum of Google’s algorithm to reach your audience, so play along with me for this ok? – The Big G has the biggest user base in the US and really the world.  People are tied into Google search if nothing else, like nothing else. They use it on a daily basis and it is habitual, so much so that the word google has become synonymous with the word search.  If you don’t believe me, ask Microsoft how many $billions… ummm I mean hard, it is to get people to change from using Google on the daily.

If you and I know this do you think Big G does?  Of course they do.  They also know that with all of the users and searches they have coming in on a daily basis that they are the king of the world when it comes to data.  Have you ever seen something “weird” on one or two searches but couldn’t get it to happen again?  Yep that’s Google “constantly testing with between 1%-2% of searches”, any G’rep can tell you that.  When the data comes back that the tests show positive lift on any of the things they report in their financials (or Larry’s goals to build a modern Geocities in the form of G+) they push it to the masses whether the masses want it or not.

This is where the user behavioral modification comes into play. Google is Pavlov and the users and advertisers/marketers are Pavlov’s dogs.  If you don’t remember who Pavlov and his dogs are let me refresh your memory. Pavlov a Russian psychologist/scientist had some dogs.  He decided to ring a bell every time he fed the dogs.  Well when dogs are fed they begin to salivate (you know drool). Pretty soon Pavlov would quit bringing the food and just ring the bell and the dogs would just start drooling even without the food present.  He had trained them to associate the sound of the bell to food and modify their normal behavior.  Kind of like my rescue puppy Scotty below except he gets a treat every time he went in his kennel as I trained him.

A prime example of Google training both users and Advertisers over time is with the merging of local and Organic and the inclusion of the “Map” with pins in the upper right corner of the SERP (search engine results page).  I won’t go into all of the details but will show some visuals of the change over time till the current iteration.

This was the immediate step that Google started “training” users and advertisers to get used to:

Search Results Page with Map on Right after “Places” change 2

I remember when this happened there was a lot of concern around both the impact for organic around “Place Pages” and for me I remember thinking, “well that’s stupid the map scrolls over the  ads as the page goes down.” I thought they run the risk of covering the side ads, but also the potential for making the top placement ads that much more important.

July of 2011 Google made a change in Adwords so if you wanted to have a location show with your ad you had to use “location extensions” at the campaign level. They pushed you to tie it to your Google Places account to simplify things.  And like crack both PPC and SEO marketers began to be tied in more and more to Google Places, which in turn also helped increase relevancy and importance for consumers. There have been quite a few other changes over the last 18 months (which my local SEO buddies could rant about all day)  leading up to the latest as pointed out by my friend James Svoboda on his blog post Adwords location extensions added to map as pins.

Now Google has taken it’s time.  It took them from October 2010 till June 2012 to slowly train both users and the marketers.  But now that they have, users are accustomed to seeing the map and looking for their locations on it, and now that advertisers can have their pins show on the map, you know they will rush to make sure they have location extensions enabled and are ranking in higher positions if possible.  They proved me wrong that they knew what they were doing in having the map scroll over the ads on the right side of the page because eventually it wouldn’t matter. And I was also right in that they did want to make the top positions that much more valuable (blue pin #1 anybody?).

Do I hear a bell ringing and people drooling?

Do you think I am way off base and care to dissuade me from my perspective? Then sound off in the comments.  If you have some other examples I would love to hear those as well.  This was just one of the many, including the “product shopping fiasco of  May ’12”.

Google has a ton of users, marketers and data. They constantly test, and when the data says the change is beneficial, they make changes and slowly train the users & marketers to modify our behavior and expectations. 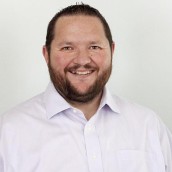